On my beloved Masto Instance (well, it’s not mine, I am just on it and love it there), Rabbithearth started the “Weirder Bike Scavenge” as a fun activity during the Corona-Times, where you have to do social distancing but can go outside alone with your bike. Here are the rules: https://weirder.earth/@rabbithearth/103855696639729671

So this is my part A and because I took more pictures, also one pic of part B. 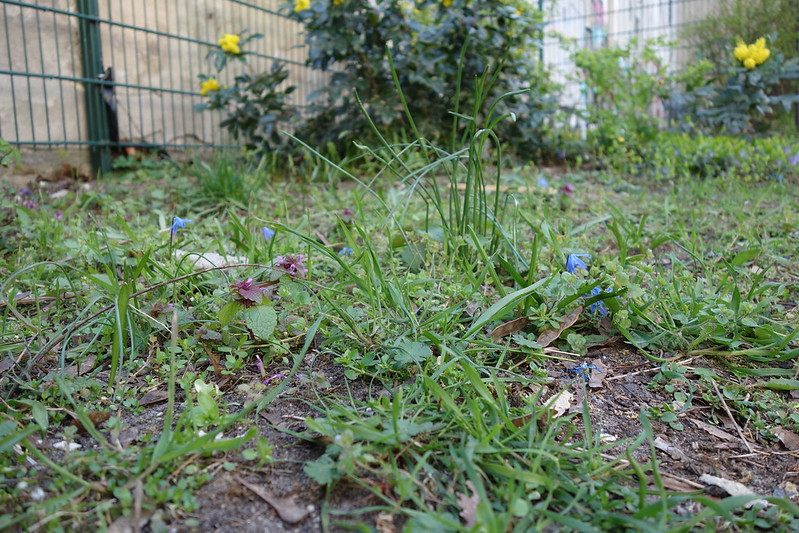 This first pic was a8: 3 colours of flowers in one shot. I thought this would be hard, but it actually was the first photo I took. I took it in the community garden in my neighbourhood. I gardened there 10 years ago. Nice to see it’s still thriving. I have no idea what these flowers are but I like how unspectacularly they show their colours on that lawn. 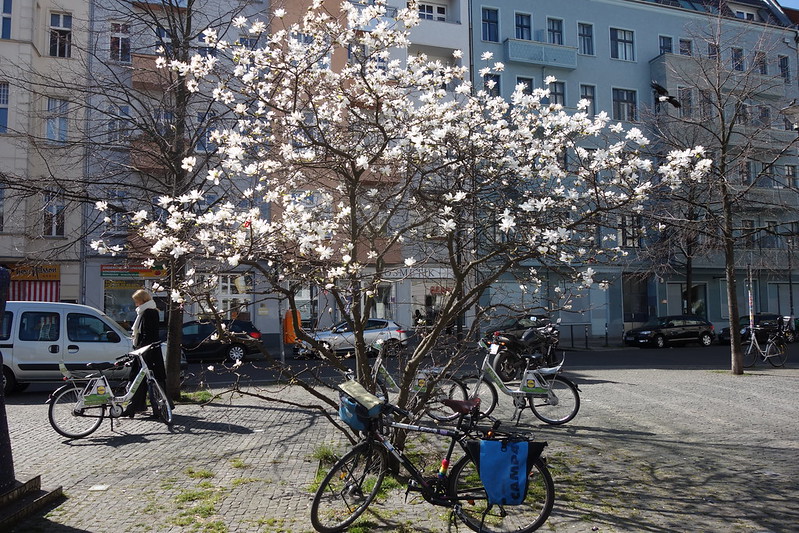 This is a bonus picture. It was not part of the challenge. It shows my bike on a small city square under a blooming magnolia tree. I love those. 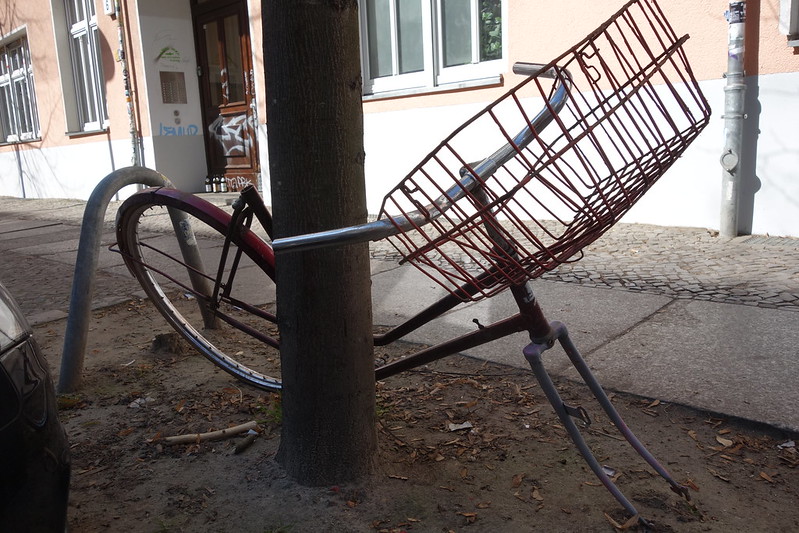 A2: an abandoned bike. This is weird, because there is the frame of the bike, the handlebars, a bike basket and the rear wheel, and the rear wheel has no spokes and is tied to the rear fender with wire. So I think this bike was probably used for decoration before it was thrown out on the street.. 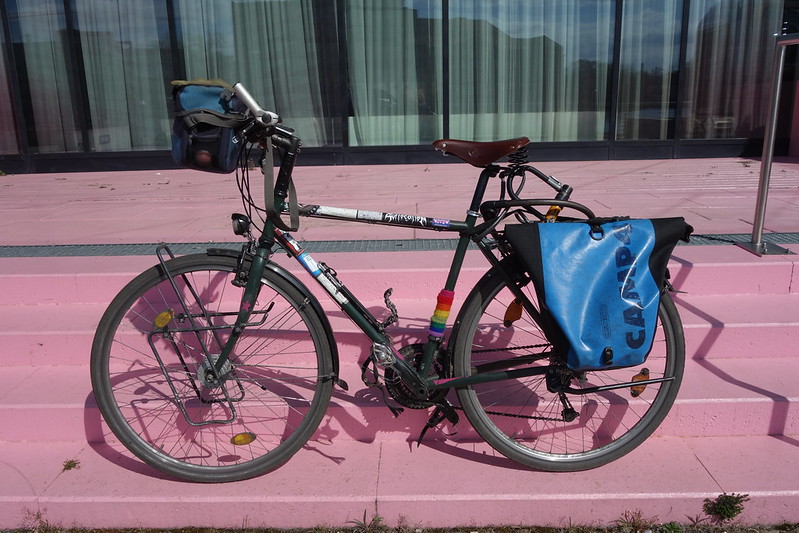 This is accidentally the Challenge Part B1: Stairs, which you carried your bike up. I took this picture because of the beautiful pinkness of the stairs. And I did carry my bike up those stairs, but after the shot. 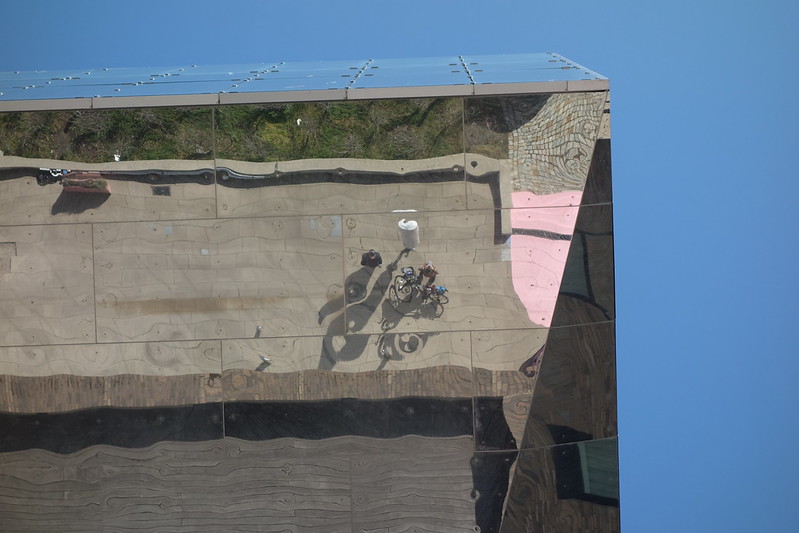 A7: Your bike somewhere a car definitely wouldn’t be: This is my bike, and me, and my partner on a terrace under a building, which is hanging over the terrace and it has metal mirrors on its bottom, so we are seeing our own reflections when we look straight up at it. Fittingly in the corona crisis: the umbrella cover next to us looks like a giant roll of toilet paper. I love this photo. 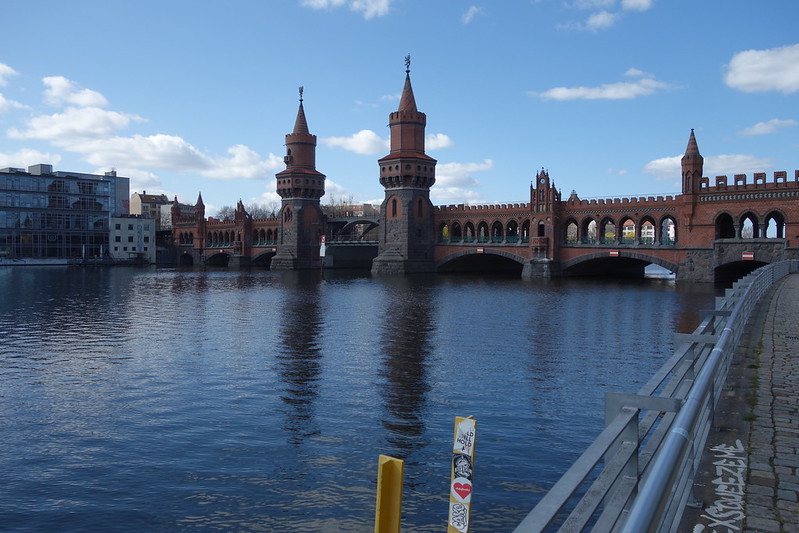 A6: A body of water. This is the Spree river and our city districts main sight: the Oberbaum bridge. 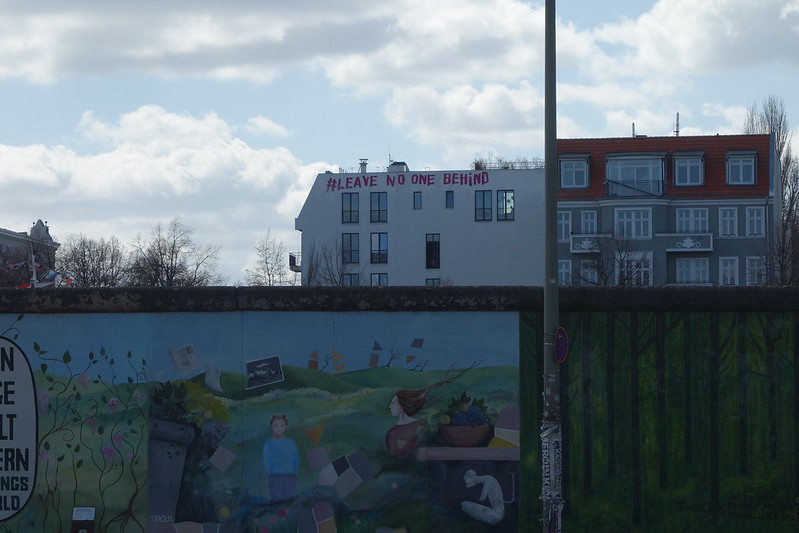 A3: A pro-indigenous graffiti. I had a hard time finding that in Germany, so I chose to look for a pro-refugee graffiti. the hashtag #leaveNoOneBehind is about evacuating refugees from a camp in Greece where they live under terrible conditions, and give them safe housing and healthcare in the EU. So far, the EU is not doing what they need to do to save lives. Also the windows in that house look like a face. 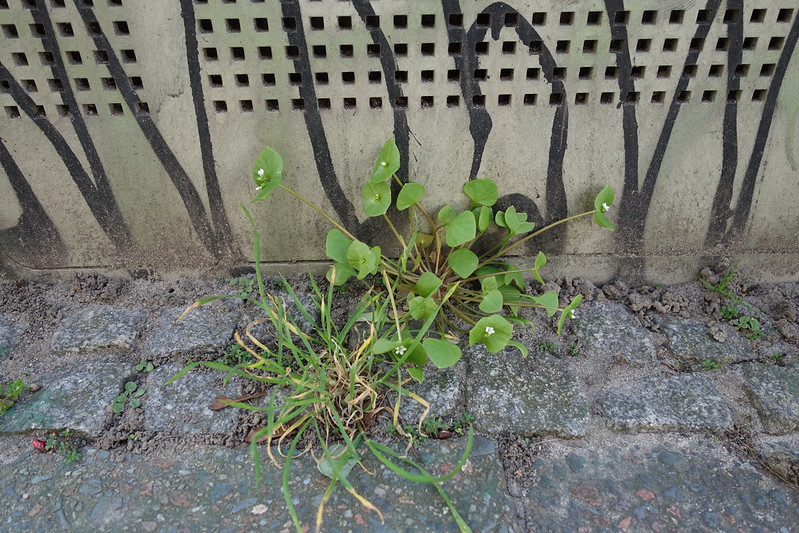 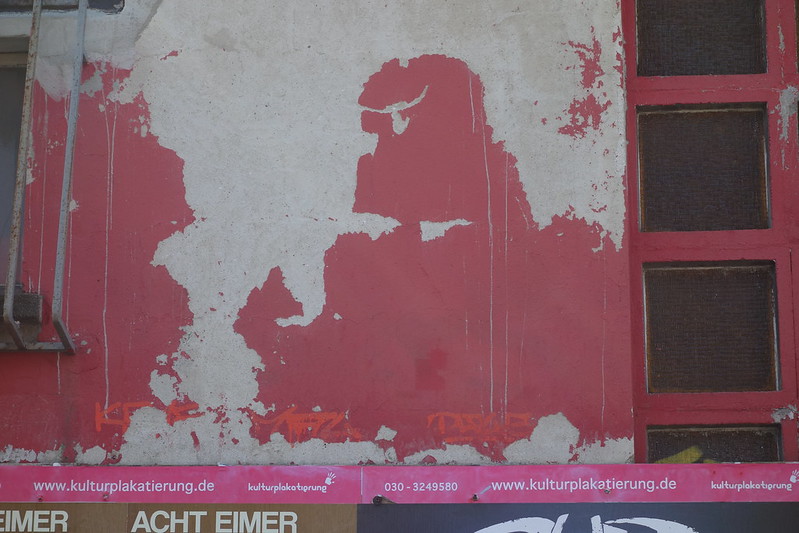 A4: Something that looks like a face, unintentionally. This is the red colour on a wall of a (now temporarily closed) club in Berlin, it has come off in part and the remnants look like Darth Vader. Ok it’s not a face since Vader always wears a helmet. 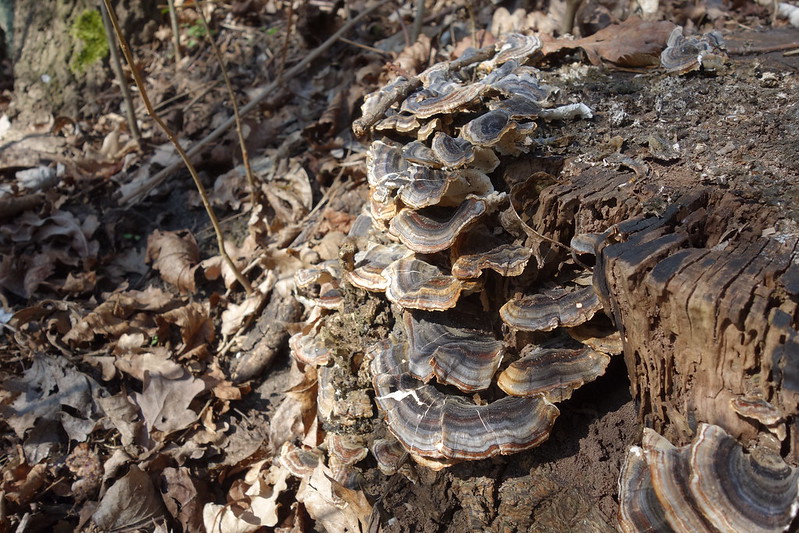 A5: A fungus. This is a tree fungus growing in the local park on the trunk of a dread tree. 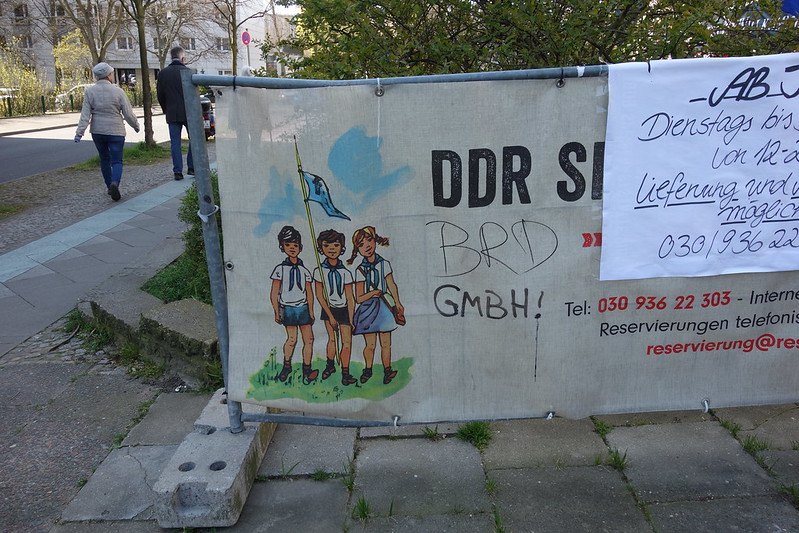 A9: Something that reminds you of a friend (call them out): This is an advertisement for a “Ostalgia” (GDR-nostalgia) restaurant in Berlin, and it reminds me of a friend who is also very prone to GDR nostalgia. But this friend will remain anonymous here! 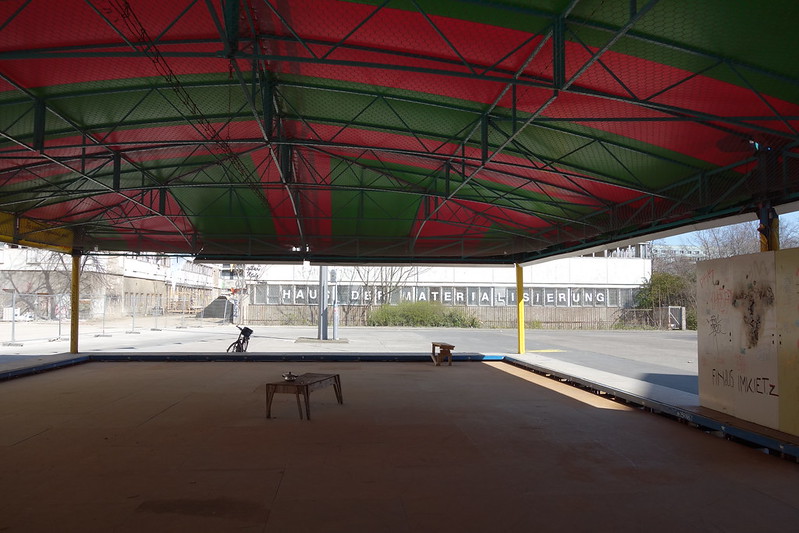 I just had to take this pic because the place was quite magical. By chance it also fits the B-Challenge. B6: A place you’d never set foot before, within a few miles of home: It’s an empty amusement park ride (“Boxauto”) and in the background a ruin maybe built in the 1980ies where letters read “Haus der Materialisierung” (house of materialization). It is close by where I live, but I never have been here before!